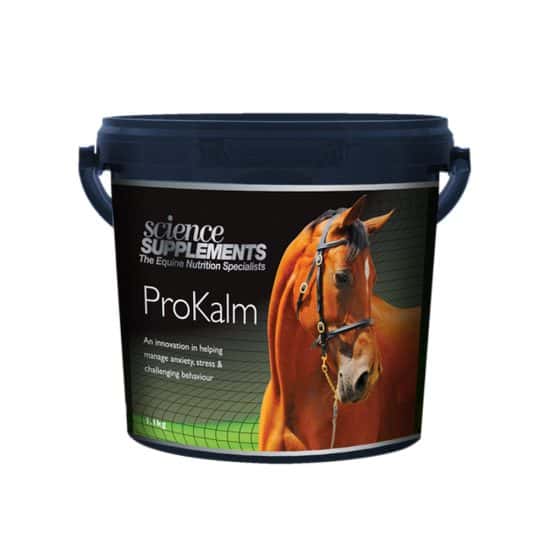 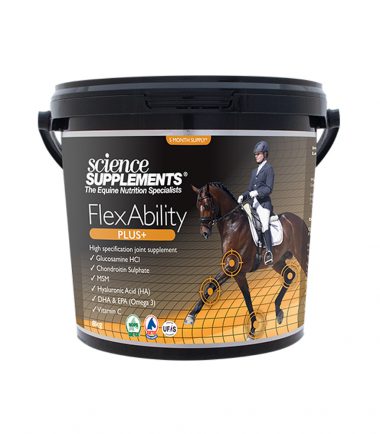 The effect of feeding domestic horses a herb extract and amino acid based calmer (PROKALM): a double blind placebo controlled trial. This is the summary of an independent study conducted at Hartpury College*

Introduction There are a very limited number of studies examining the effects of calming products on equines and the mechanisms underlying their use. Therefore many of the products on the market are not supported by scientific evidence (Harris, 2007); most companies rely on owner testimonials to evaluate their use, and they do not use controlled trials to demonstrate efficiency (Mckeever, 2005). The aims of the present study were 1) To determine if the reactivity of horses to a novel object test altered after seven days of feeding a commercial calmer (ProKalm, Science Supplements) 2) To determine if carers and instructors assessed the horse’s behaviour and temperament as having altered after supplementation.

Methods & Materials Sixteen mature horses without extreme behaviours were selected by the yard manager to participate. All horses were weighed on a calibrated weigh bridge to determine the quantity of supplement they received. Horses weighing over 600 kg received 5 scoops of the supplement daily and those weighing less than 600 kg received 4 scoops of the supplement daily (in accordance with the manufacturer’s instructions). The horses were randomly assigned into two groups, one half that received supplement X and one half that received supplement Y for seven days. All horses completed a novel object test and had a temperament questionnaire completed by a student carer and two instructors on day 0. The horses were then fed their allocated supplement for seven days and on day seven underwent a novel object test and the questionnaire was repeated, to assess any changes in behaviour and temperament (both undesirable and desirable behaviours). During the seven days the horses’ management regimens were kept consistent.

Conclusion In a group of horses with a range of behaviours typical of horses used for teaching, feeding ProKalm for 7 days resulted in both objective and subjective improvements in behaviour that could be considered desirable for handling, riding, training and competing.

Conclusion Feeding 64g of ProKalm for 2 days split between morning and evening feeds to horses with stereotypical behaviours resulted in a significant reduction in median behavior severity score, as reported by owners. The effect was strongest with horses exhibiting weaving and crib-biting. Further studies using higher feed rates and for a longer duration are warranted.

* In a survey conducted between March 2016 – May 2016 questions covered equestrian discipline, competitive level, reasons for using a product/supplement and their own experiences of the products/supplements they had used. 1689 complete, unique and valid responses were received. Only participants from the UK were encouraged and permitted. Responses were limited to one per IP address. ProKalm (Science Supplements) was rated the highest by both previous and current users.